A few years ago I analyzed the Broadway Box Office Sales and compared the percentages of four main types of musicals: Pop/Rock (those primarily consisting of pop/rock style music), Contemporary (musicals that combine traditional and contemporary styles often with some pop/rock influence), Traditional (those that are written in the Tin Pan Alley style that evolved in the early 20th century), and Legit (those musicals which rely heavily on the “legit” or classical voice).  I’ve been asked several times to review the most recent season, so this evening I compared the numbers as provided by BroadwayWorld.com.  Here are the numbers for 2012: 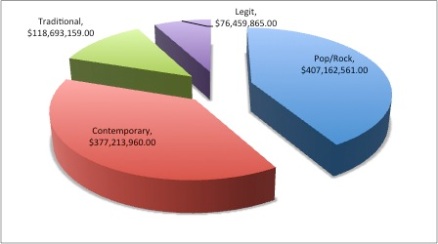 The percentages breakdown as follows: 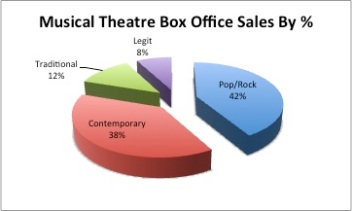 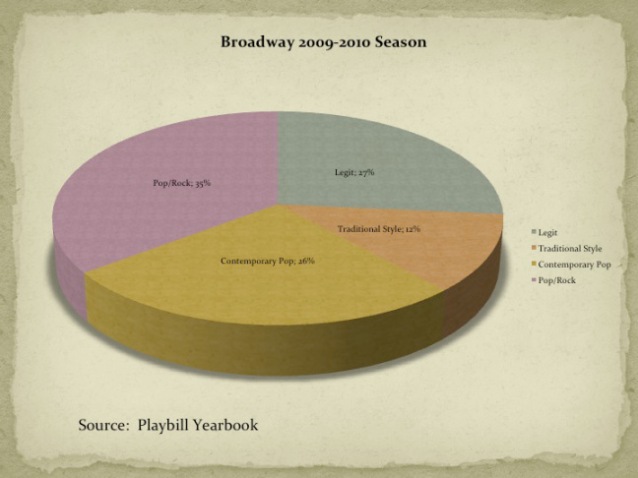 As you can see, there have been some significant changes.  The percentage of pop/rock has increased from 35% to 42%; Contemporary musicals have increased from 26% to 38%; Traditional musicals have remained steady at 12%; and Legit musicals have dropped from 27% to 8%.  When I spoke at the Indiana University New Voice Educator’s Symposium in 2011, I predicted that we would continue to see the rise of pop/rock singing on Broadway and an unfortunate decline in legit musicals.  My predictions have come true; Pop/Rock musicals are here to stay.  I think there will always be varying trends in the popularity of traditional and legit works, but I think for the next few years we are going to see more of the same.

Here are the shows I used for this analysis:

*There have been some comments that it is questionable to consider this song “legit.”  My decision to label this show in this manner was based on several casting notices that asked for “legit” voices as well as reviews that remarked on the scores operetta style. 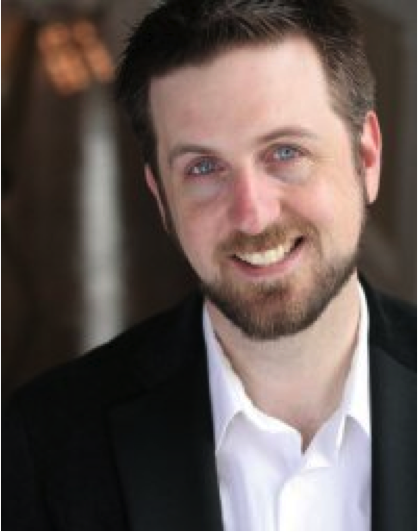